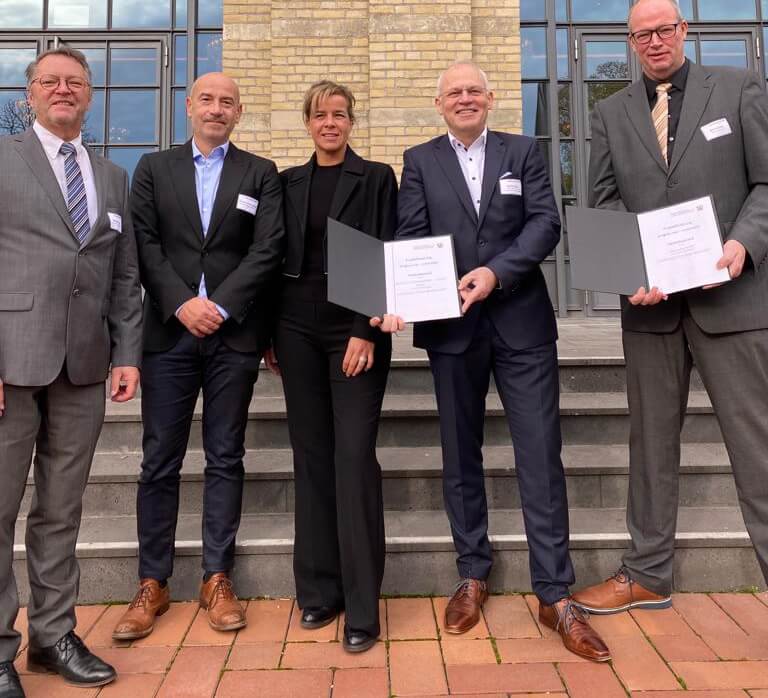 Minister Neubaur: The future of inland shipping is green – alternative propulsion systems make important contribution to achieving climate targets
Freight transport can also make an important contribution to achieving climate targets – for example, through alternative forms of propulsion in inland shipping. In order for inland waterway vessels powered by hydrogen fuel cells to be able to travel on the Rhine in the future, sufficient hydrogen refueling stations must be created.

The state government of North Rhine-Westphalia is supporting the development of such an infrastructure in the RH2INE project and is now also funding the development of a hydrogen supply concept for inland waterway vessels powered by fuel cells. The corresponding funding notices totaling 226,500 euros were presented by Climate Protection Minister Mona Neubaur at the “Climate-friendly mobility NRW” competence meeting to representatives of the consortium comprising the shipping companies Rhenus SE & Co. KG and HGK Shipping GmbH, the Center for Fuel Cell Technology (ZBT GmbH), Anleg GmbH and the ship classification society Lloyds Register.

Minister Neubaur: “Inland navigation can make an important contribution to reducing CO2 emissions in the transport sector. The state government has set itself ambitious goals in the North Rhine-Westphalia Hydrogen Roadmap and the “RH2INE” initiative: We want to get ten inland waterway vessels powered by hydrogen fuel cells up and running within the next few years. The hydrogen supply concept we are now promoting is an important basis for making this a success and significantly accelerating the change in propulsion for inland waterway vessels. I am convinced that the future of inland navigation is green!”

A viable hydrogen supply concept must be in place for shipowners to obtain the necessary operating licenses for new ships with a hydrogen fuel cell propulsion system. The joint concept is to be the basis for and facilitate the individual ship developments of the participating shipping companies. This will also require the development of standardized hydrogen exchange containers, hydrogen lines and connections, which will be worked out in the project.

Background: The funding project “Development H2 supply concept”, which runs until November 30, 2023, is part of the joint initiative “RH2INE” of the NRW Ministry of Economic Affairs and the Province of South Holland to develop a hydrogen infrastructure in the ports of Rotterdam, Duisburg, Neuss/Düsseldorf and Cologne.
The “Climate-friendly mobility NRW” competence meeting is the annual event for North Rhine-Westphalian players in the fields of electric and hydrogen mobility. It is organized by ElektroMobilität NRW. 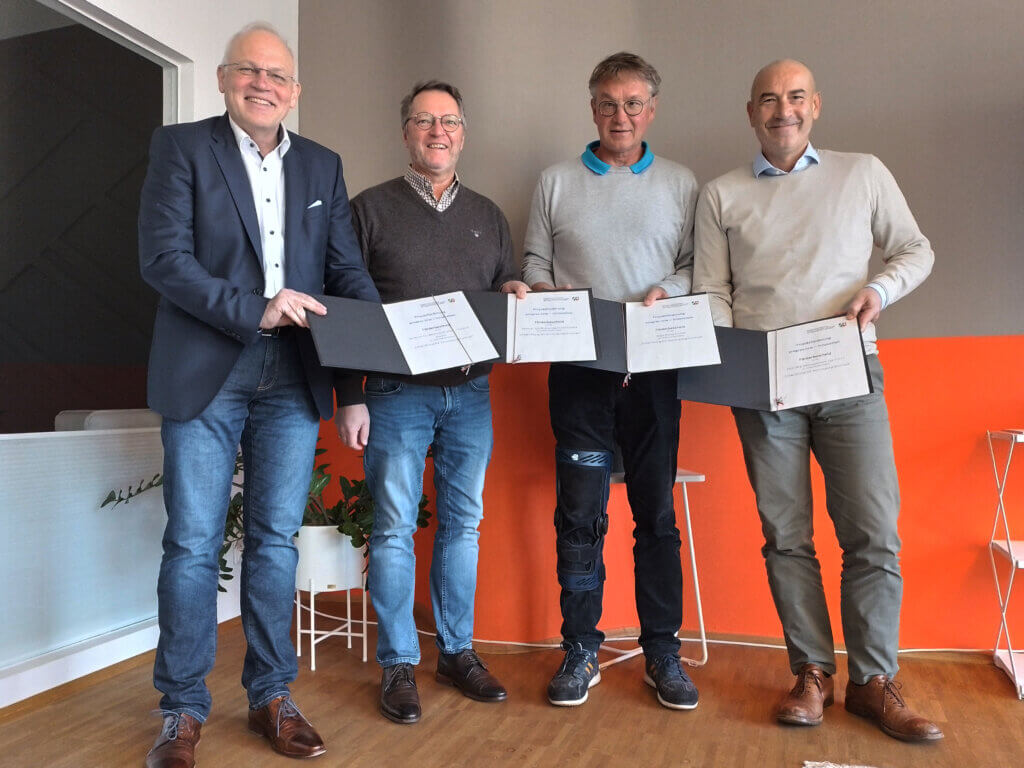 There is no time to lose and so work has already begun on 15.11.2022 in Duisburg. In the picture all four representatives with your Förderbescheiden. Picture: f.l.t.r.: Georg Dura (ZBT) Herbert Berger (Rhenus), Jan Andreas (Argo-Anleg) Nikolaus Schellenberger (HGK) 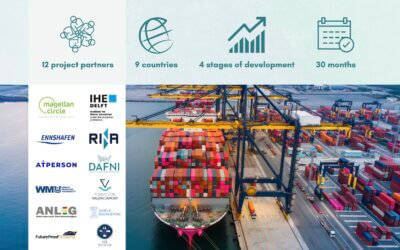 ARGO-ANLEG represents GERMANY in the EU project SEANERGY which started recently.The SEANERGY project aims to go towards zero-emission ports, becoming clean energy hubs for integrated electricity systems, hydrogen, and other low-carbon fuels, as much as testbeds for...

END_OF_DOCUMENT_TOKEN_TO_BE_REPLACED 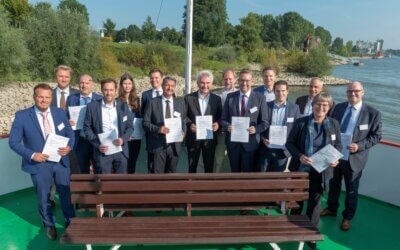 The DeltaPort Lower Rhine Ports, the Port of Rotterdam and companies from the region have joined forces to form the working group (ARGE) "EcoPort 813 - H2UB DeltaPort" and signed a letter of intent. The aim is to bundle the region's hydrogen activities. Argo-Anleg is...

END_OF_DOCUMENT_TOKEN_TO_BE_REPLACED 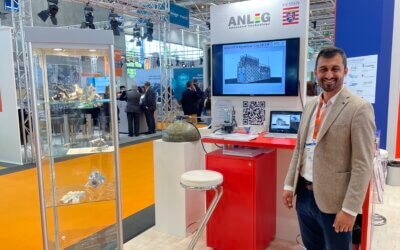 From 30 May to 2 June, we also took part in Europe's largest hydrogen and fuel cell trade fair, Hydrogen + Fuel Cells EUROPE, as part of the Hanover Trade Fair, and presented our latest products and developments. With more than 200 exhibitors from 25 countries on...